Thank you for registering!

Check your inbox for an email from Discipleship.org with information on how to join the webinar. 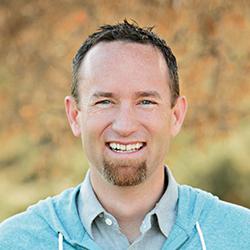 Jason Stewart brings over two decades of pastoral, organizational and strategic leadership to Exponential as Chief Operating Officer. As COO, Jason catalyzes movement for Exponential by bridging vision to strategy to implementation. He works to align and leverage the incredible gifts and passions of the Exponential team to accomplish its “4-to-10 mission” of seeing multiplication become the core measure of success in the church.

Jason has also served with the Discipleship.org team as Director of Strategic Projects. His relational focus, disciple-making first mentality, and movement-driven strategy has proven time and again to be a catalyst for greater effectiveness. His previous pastoral leadership of five churches in TN, CA, and Seattle also allows Jason to serve the Kingdom as a Church Unique Navigator and Adjunct Professor for William Jessup University. Jason and his wife Kelly, who is an adoption counselor and disciple-maker, live in Spring Hill, TN with their two daughters and two sons—their youngest adopted from Ethiopia. 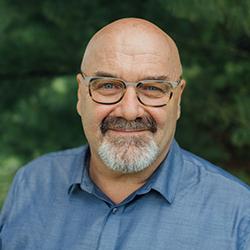 Bobby Harrington is the executive director of Discipleship.org. He is the founding and lead pastor of Harpeth Christian Church (by the Harpeth River, just outside of Nashville, TN). He is an experienced church planter, coach of church leaders (through many years of ministry with Stadia and Church Coaching Solutions), and he is the author of several books on discipleship, including DiscipleShift that he co-wrote with Jim Putman and Robert E. Coleman, Dedicated: Training Your Children to Trust and Follow Jesus and Discipleship That Fits: The Five Kinds of Relationships God Uses to Help Us Grow, co-written with Alex Absalom.

Bobby has studied at such places as the University of Calgary, Harding School of Theology, Regent College (in Canada), Asbury Seminary, and Princeton University. He has a Doctor of Ministry degree from the Southern Baptist Theological Seminary in Consulting (under Thom Rainer). He and his lovely wife Cindy have two grown children who trust and follow Jesus.

Bobby, along with Todd Wilson of the Exponential Network, founded Discipleship.org because they want to develop a central place for people to go when they need information and valuable tools that will help them live out the discipleship lifestyle.