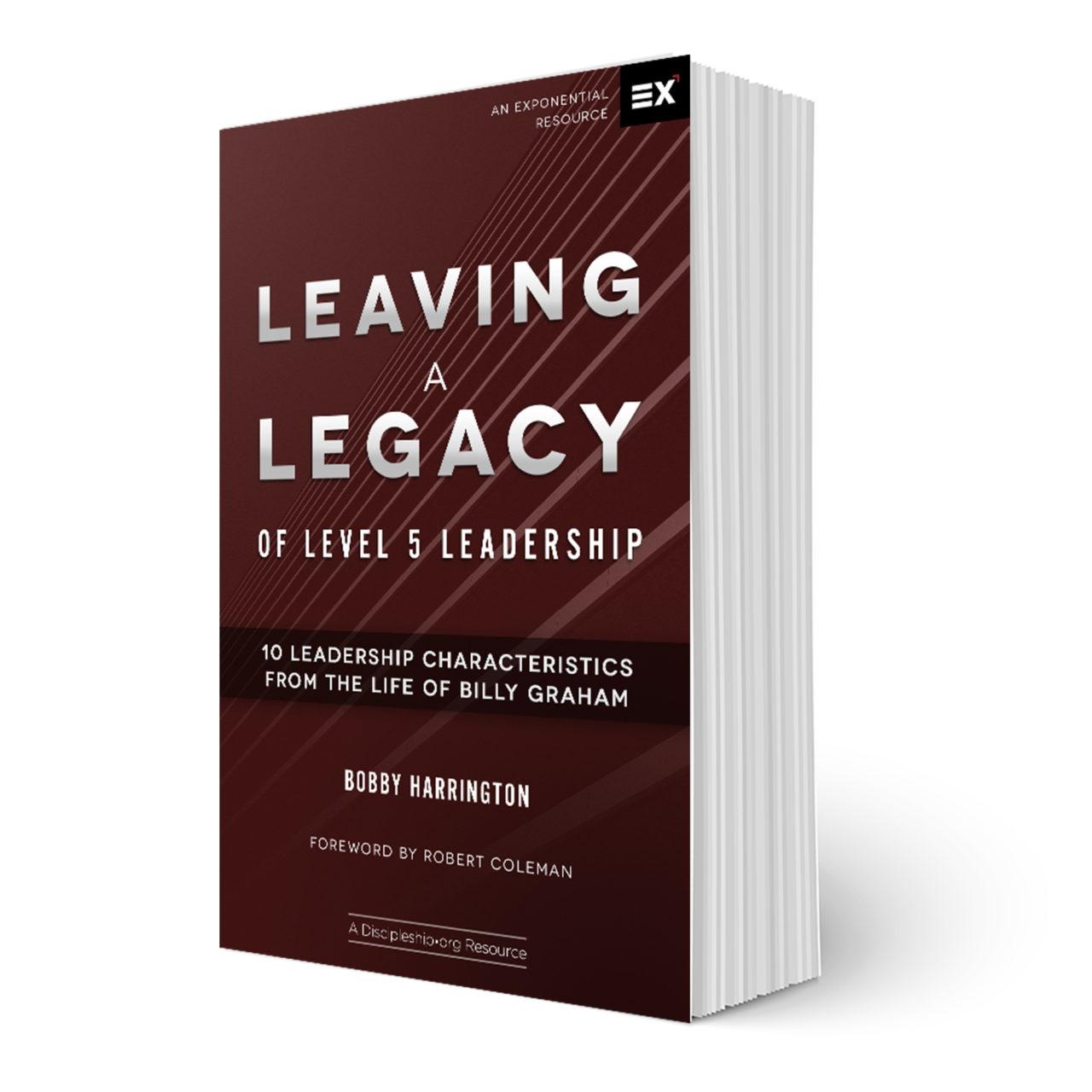 This blog is an excerpt from the free eBook, Leaving a Legacy of Level 5 Leadership: 10 Leadership Lessons from the Life of Billy Graham. Download it free here. 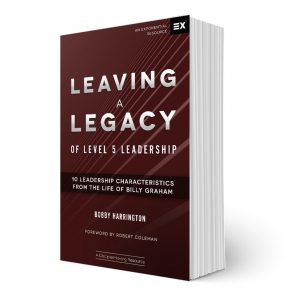 In the early 2000s, Billy Graham described what it would be like when he died: “Someday you will read or hear that Billy Graham is dead. Don’t you believe a word of it! I shall be more alive then than I am now. I will just have changed my address. I will have gone into the presence of God.”[1]

About 17 years ago, I was a Doctor of Ministry student under Dr. Thom Rainer at Southern Seminary in Louisville, Kentucky. To help us take an in-depth view of what evangelism leadership looks like, he assigned us biographies of historic figures known for their evangelism effectiveness. We were to study their life and their ministry. Before I knew what had happened, he had assigned me Billy Graham. I don’t mind telling you I didn’t like it—not one bit. I hardly knew anything about Billy Graham at that time, other than I did not like him. I had several reasons.

This is from Bobby Harrington’s free eBook, Leaving a Legacy of Level 5 Multiplication: 10 Leadership Lessons from the Life of Billy Graham. Download the eBook here in your favorite format at no cost.

The biggest reason was personal. When I became a follower of Jesus at the University of Calgary (in Canada) about 20 years earlier, my girlfriend’s atheist family wasn’t pleased (and that’s an understatement). They had effectively discouraged her from also following Jesus, using negative stereotypes of the primary Christian figure they knew: Billy Graham. To them, this man who impacted the lives of millions for eternity was an “evangelist” (they said with disgust) and a “Southern American fundamentalist.”

“You better watch it,” they told her, “Bobby is going to be just like Billy Graham.”

When I came to her house to pick her up, I could hear them disparagingly saying, “Here comes Billy Graham.” It broke my heart, and a short while later we broke up.

Without knowing much about Billy Graham, I was definitely aware of the criticism against him. He had been overly political, even a friend of the impeached President Richard Nixon. And in my eyes, he didn’t do enough on racial issues. Some even thought of him as racist. Also, he didn’t teach baptism at the point of conversion like the early Christians did in Acts 2. All these things mattered to me.

In hindsight, it was actually a long list of perceived concerns about a man that, in reality, I knew little about and had never met personally.

So, when Dr. Rainer wouldn’t budge on the assignment, I dove in and studied Billy Graham’s life and ministry. My research changed my mind. Completely.

In fact, I ended up really liking and respecting this evangelist I had so many beefs with. Yes, he, like all of us, had his faults. But I was so impressed with what I learned that I distilled and wrote down my Top 10 lessons from his life as a paper for Dr. Rainer. That was 17 years ago. I put away the paper and never saw it again until this hero maker went Home to be with Jesus. Yet over the last 17 years, the learnings from his life have stayed with me and influenced my ministry in important ways.

That’s why I’m pleased to be sharing the lessons I wrote back in seminary in this book today. Here’s what’s ironic about my story. I now hope that the family of my girlfriend from years ago got it right. I hope and pray that I am like Billy Graham in what I learned from him. I have sought to follow the 10 principles I discovered from his life, especially through the national disciple-making movement we launched, discipleship.org, and our national disciple-making forums. A simple research paper about this giant of our faith changed my life and how I serve God.

Billy Graham is part of the impact that we’re making through discipleship.org and our national ministry. Through this good work and his inspiring legacy, Billy continues to live on, influencing others as an exemplary hero maker. I hope this book helps you earn from his teachings and his life—in the same ways I and so many others have learned from him. And I pray that these leadership lessons will set you on the path to being a leader who invests in others, making disciples who make disciple makers—and ultimately being a Kingdom-building hero maker.

This blog is an excerpt from the free eBook, Leaving a Legacy of Level 5 Leadership: 10 Leadership Lessons from the Life of Billy Graham. Download it free here.

Bobby is the Executive Director of Discipleship.org, a national platform, conference, and ministry that advocates for Jesus’ style of disciple making. He is the founding and lead pastor of Harpeth Christian Church (by the Harpeth River, just outside of Nashville, TN). He has a Doctor of Ministry degree in consulting and has spent years as a coach to church planters and senior pastors. He is the author of several books on discipleship, including DiscipleShift (with Jim Putman and Robert Coleman) and The Disciple Maker’s Handbook (with Josh Patrick).

I was nervous about this 3rd and last mainstage session … but it ended up as strong as any session. We had… 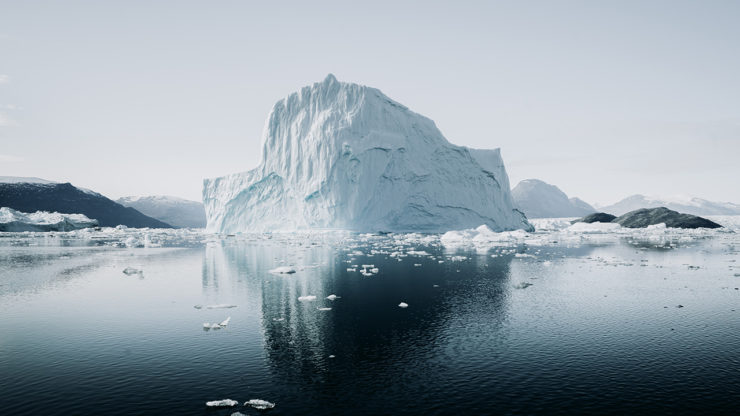 There is a lot happening under the surface in our culture. “I do not understand what is happening in our world …. 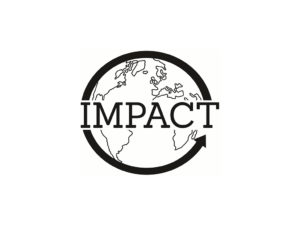 In this series introducing our disciple-making partners, we want to help you find your best guides so that you can connect with… 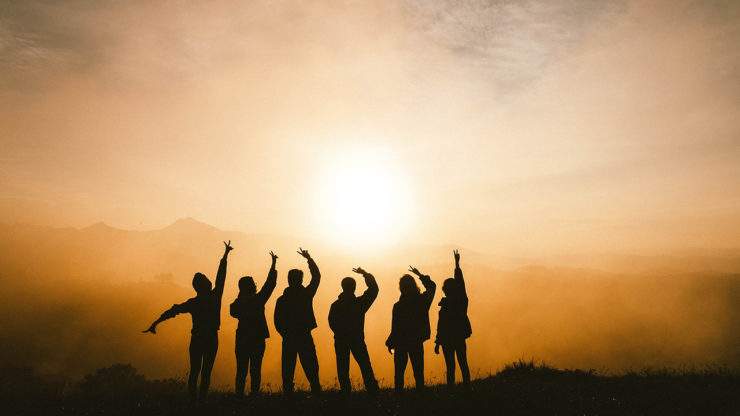 Discipleship-first Friends, The United States is the midst of big change. First, it was COVID-19 and all the changes around which everyone…

Dear Discipleship-first Friends, I hope the subject line got your attention because it is a vitally important question for the North American…