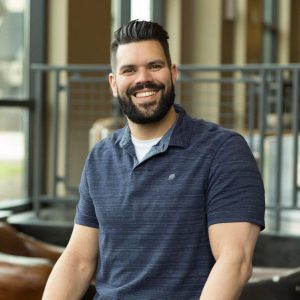 We interviewed Robby Gallaty, who leads Long Hollow Baptist Church as Senior Pastor, about his story of radical conversion to Christ. He is now an avid disciple maker. Long Hollow, which is in Nashville, Tennessee, is where the Discipleship.org National Disciple Making Forum is hosted this year. It’s in interesting ministry and context for disciple making, because of the larger numbers at Long Hollow. Robby brings a unique perspective on making disciples in a large church setting because of his extensive ministry experience specifically in making disciples, even though he’s got a masters degree in preaching.

In this episode, you’ll hear Robby tell his conversion to Christ story, as well as his perspective on disciple making today. He offers practical tips for all disciple-making leaders. You’ll also here two other disciple makers who invested into Robby in his life—one of them helped Robby come to the Lord and the other helped him grow up in the Lord. But that’s only part of the story. Here’s the rest: