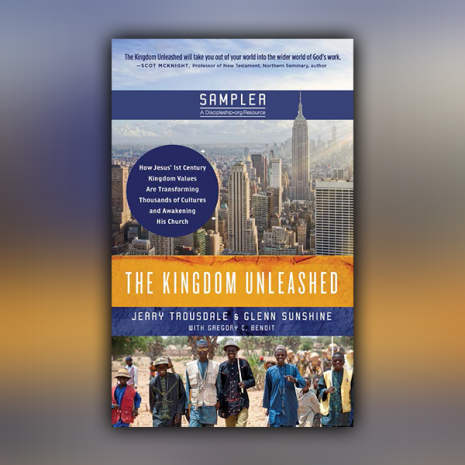 In this eBook you will see how Jesus’ 1st Century Kingdom Values Are Transforming Thousands of Cultures and Awakening His Church.

In this eBook you will see how Jesus’ 1st Century Kingdom Values Are Transforming Thousands of Cultures and Awakening His Church.

Over the last 50 years, and especially since the turn of the twenty-first century, the Spirit of God has been birthing a new concept in the earth. Instead of addition, the Spirit of God is calling forth multiplication. The outcomes of these phenomena are called by names including Disciple Making Movements, Church Planting Movements, T4T, or Four Fields.

This eBook is about these movements, which by any name, come under the category of Kingdom Movements. It was Jesus’ prayer and His mandate-His Kingdom coming on earth as in heaven. We will focus specifically on Jesus’ Kingdom values and lifestyles that empower these desperately needed movements. Jesus gave his first-century disciples specific instructions for advancing the Kingdom, and those same first-century directives are animating the new twenty-first-century movements.

Jerry Trousdale and his wife Gayle were missionaries among a Muslim people group in Africa. He pastored two mission-sending churches, co-founded Final Command Ministries, and since 2005 has been Director of International Ministries for New Generations. He is the author of the best-selling book Miraculous Movements, and co-author of the newly released title The Kingdom Unleashed: How Jesus’ 1st Century Kingdom Values are Transforming Thousands of Cultures and Awakening His Church.