I often share with the church leaders I coach, some of the important shifts I have had to make in my thinking in order to continue to lead and protect the culture we have at Real Life Ministries. One of the things I had to learn the hard way, was that we needed to protect the church from those who intentionally, or unintentionally, might divide or distract from relational discipleship.

Some time ago a man started attending Real Life Ministries, and asked to meet with me. As we talked in my office, I gathered quickly that he was basically interviewing me to decide if he wanted to get involved in our church. He and his wife had attended for a few weeks, and the implication was that they would come to serve at Real Life if the meeting went well.

“I’ve discovered your problem,” he announced. “You’ve got a bunch of immature believers who don’t know God’s Word. I can help with that.”

His tone sounded sincere, but I wasn’t signing on the dotted line just yet. “Out of curiosity,” I asked, “how do you know this about our church after such a short time?”

“Well, I’ve sat in your services and watched the people who come here. I have also listened to your sermons,” he said. “They’re practical, but not nearly deep enough.”

“A good sermon methodically and systematically unpacks every word of the text,” he said. “It helps people gain knowledge of God’s Word at the deepest levels. It goes into the Greek and Hebrew language, and teaches church history as well.” He paused, then added, “Your people need more Bible knowledge to make them spiritually mature.”

I did not disagree with the need for deep understanding of the Word, but something was missing from his definition of maturity. Acting on a hunch, I asked him to talk about where he’d been to church and why he’d left to visit ours.

He shared his journey to faith. He had been saved at an evangelistic crusade and immediately been fascinated by the book of Revelation. A church in his town offered a series on the subject, so he began attending. The pastor there was known for his Bible knowledge, and his method for teaching was verse by verse. A robust biblical education was really important to that pastor, and he’d started an unaccredited Bible college that drew mostly from the surrounding community.

The man speaking with me had committed himself to understanding the Word and stayed immersed in that knowledge-heavy environment for many years. While at that church, he had attended the in-house Bible college and countless Bible conferences, been to Israel on study tours, read everything he could get on doctrine, studied church history, and risen to the status of teacher in that  church.

Two things caused him to move on. First, a church split had occurred when the senior pastor had been forced out. Second, his job forced the man to move, so he began to shop for a new church in our area.

It hadn’t been easy. In the past five years, he and his wife had been to seven churches. The couple felt negative about them all for various reasons. He believed that God had given him the gift of teaching, and he tried to use that gift in every church he went to. Some churches would not allow him to teach because of his denominational background or because the teaching positions were already filled. When churches did allow him to teach, his time there never lasted long. If any of the leaders of the church didn’t agree with his opinions, then the situation inevitably turned contentious.

If not enough people attended his classes, then he blamed the leadership’s lack of promotion and decided the people in that church didn’t love the Word enough. I asked what the conflicts had looked like. He explained that in every case he believed he had been right, and those who disagreed with him either didn’t have his level of education or the humility to listen and learn from him. I asked how the issues had been resolved. He made it clear that the only resolution he would ever consider was if the other party accepted his perspective.

Red flags went up in my mind, but I pressed on. I asked him what kinds of issues had been big enough to cause such strong separations. He gave me a list of what I would consider secondary theological issues that have nothing to do with salvation (essential salvational issues) and everything to do with styles of worship and various other church practices (minor issues). He felt that any unresolved disagreement indicated it was time to move on. There was never any serious effort at restoration, no working through things, no noble struggle to keep a relationship intact, no agreement to disagree on some issues . . . Just, in his mind, the Lord showing him it was time to move on. The couple had bounced from church to church to church, always with wreckage left behind.

Probing further, I asked if he had any deep relationships with other believers and, if so, to describe the relationships. I was fairly sure I already knew the answer.

By then I knew that he would not be a good fit in any leadership capacity in our church at the present time, but I wondered if he was willing to grow up and change. So I asked, “Have you attended any of our Life groups yet? Have you gotten to know anybody who calls this church home?”

“No,” he said. “I don’t believe I need to do that, and I don’t have a lot of time for those sorts of things.” “My class teaching time is my ministry and where I interact with people,” he said.

That was my cue. It was time to stop probing and start sharing my perspective. I told him I believed he may be a gifted teacher (I wasn’t sure because I hadn’t heard him teach), and that someday I would love to have him help us teach the Word to people. But before he could teach in our church, he needed to belong to a Life group as a participant—not leading. I shared how I believe that mature people are able to be humble and submit to others even if the others don’t have as much knowledge as they do. I explained that a group was important so he could prove he could love well and be in relationship with others.

You see, I said, many Christians think they’re spiritually mature because they know the Bible stories, the historical facts, or understand correct doctrine. Some Christians even think they are mature because they follow rules or have the ability to teach. However, If a person can’t resolve issues or learn to work together in unity with other believers, or if he’s not known for great love for others, then the Bible is clear that the person isn’t truly spiritually mature. Further I told him that I believe everyone is broken in some way, and in need of accountability, and support. If a person is perceived as the “perfect” believer, who always has the right answers, then I don’t trust them.

Don’t get me wrong, I don’t have to know exactly how everyone is jacked up, I just know that they are. If no one knows who they are, because they won’t be real, then I don’t want to allow them into a position of influence.  I told him we were very careful about who we established as a role model in our church (such as a person put in a teaching position), because what we elevate and celebrate, people will aspire to become. I concluded, “If you prove that you love others well, and allow them to love you too, as well as being knowledgeable, obedient, and a gifted teacher, then you’ll show yourself to be a model to follow and we will let you teach.”

Sadly, that didn’t sit well with him. He believed his credentials should allow him to teach. He also believed he didn’t have time for practical love and relationship with others. The man and his wife didn’t come again. Last I heard, they’ve been through two more churches since our conversation. That man has accepted an improper definition of spiritual maturity rather than understanding God’s definition. And it’s only causing frustration, disappointment, and chaos in his life—not to mention the lives of others he’s been teaching.

The post “Pastor, I’ve identified Your Problem and I’m Here to Solve It” appeared first on Jim Putman. Used by permission. 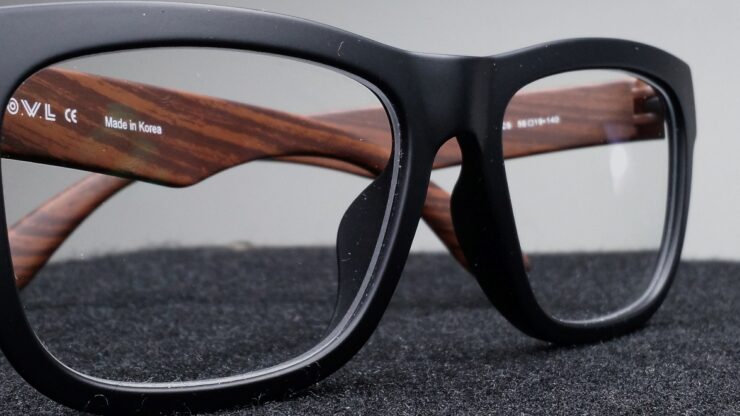 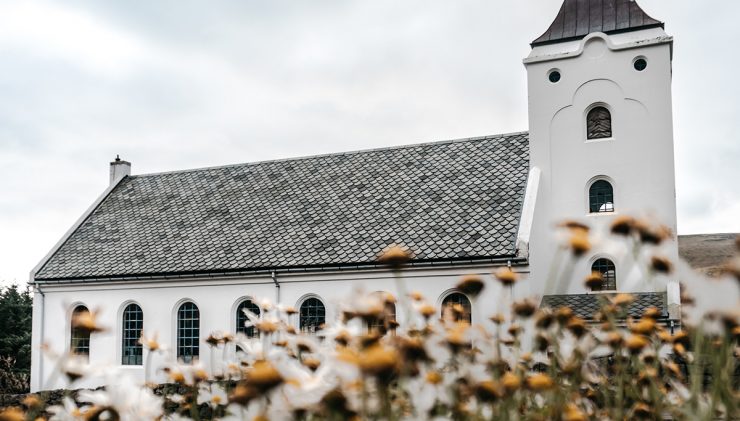 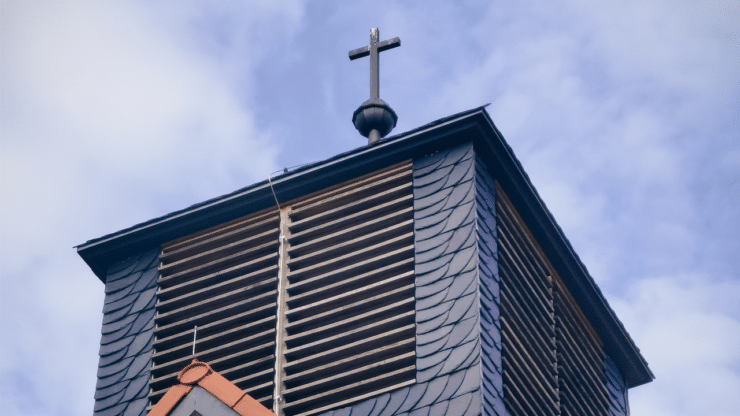 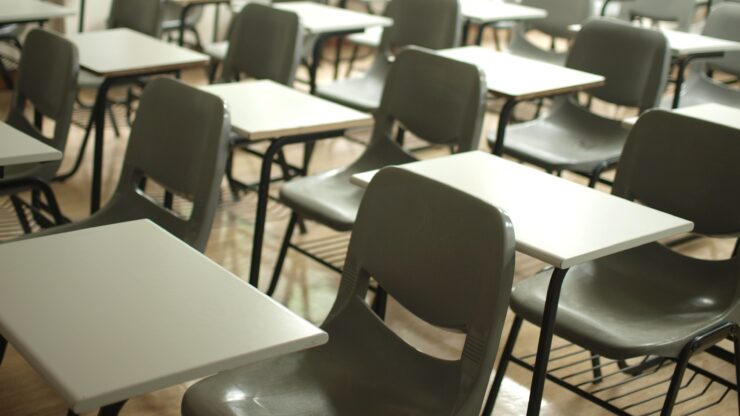 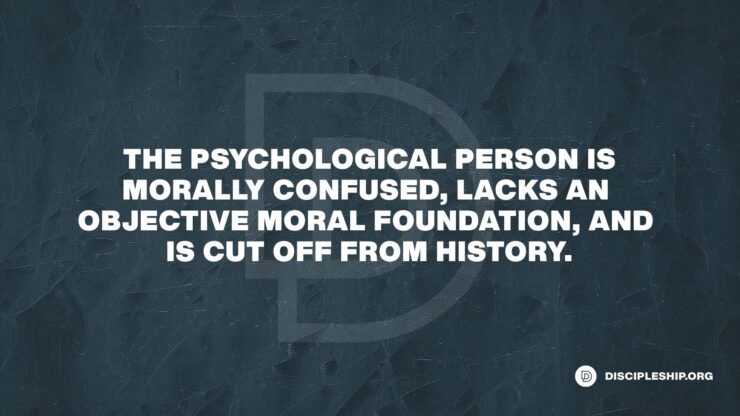 by Bill Hull This makes Christianity look highly implausible at the current time. If the message about the self is that of… 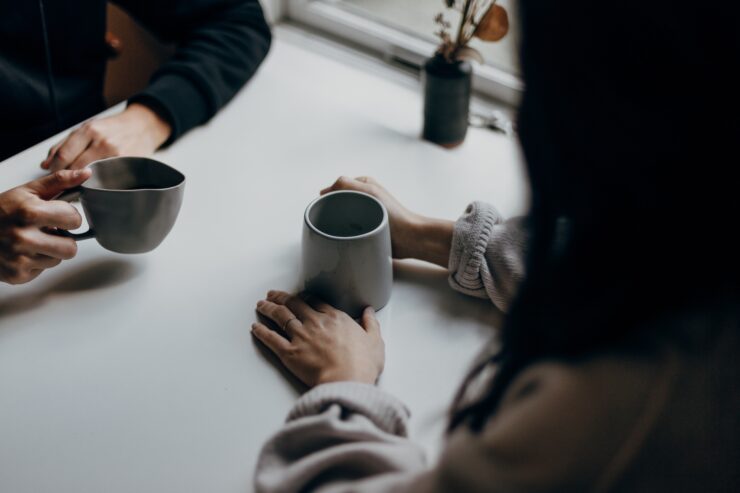 Both of my children have what used to be called Asperger’s but is now generally referred to as high functioning autism. If…