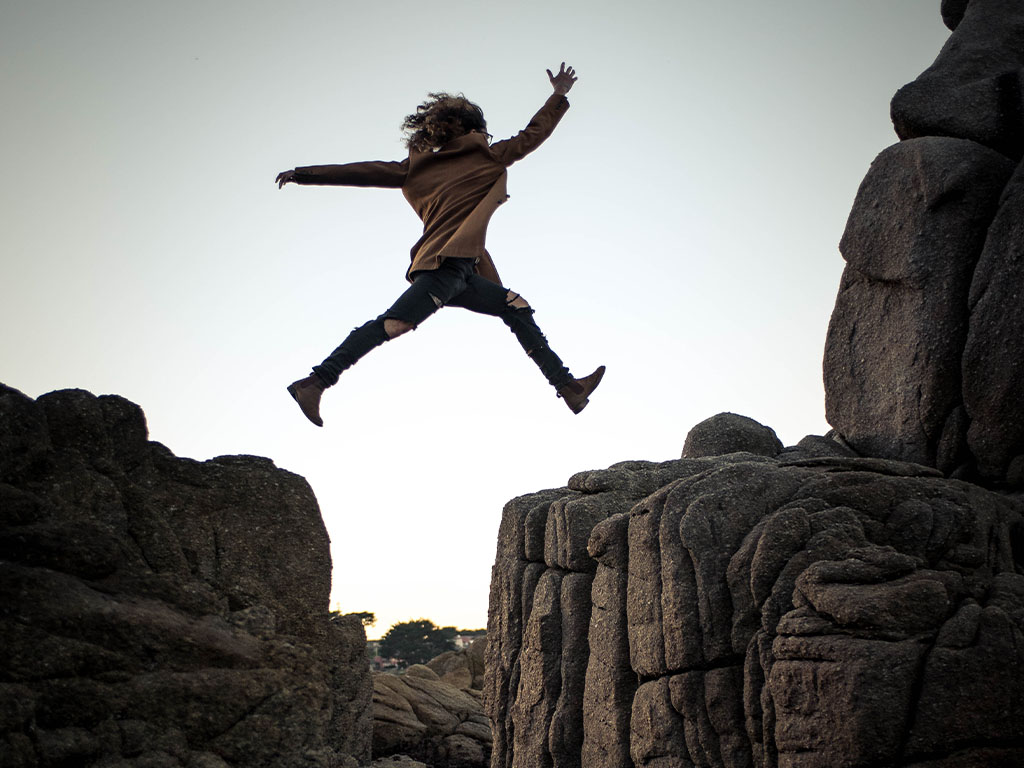 Fear can hold you back, but the Spirit can make you bold.

While most experts say each of us when threatened, has a fight or flight instinct, the reality is we also have another instinct — freeze. It’s a fascinating study of why people freeze up and don’t respond even when facing a life-threatening situation. That’s because fear makes us freeze. It renders us powerless to move or even react appropriately.

Most of the time, we are afraid of sharing our faith because we think that means we are going to be forced to knock on doors, or preach on the street corners. Confrontational styles of evangelism may not fit your personality or gifting. That’s OK. But we can’t let fear keep us from sharing what Jesus has done for us. So how can we move past fear? Let me answer that question with a story.

In Acts 3-4, Peter and john were headed to the temple in Jerusalem to worship when they encountered a man who couldn’t walk. Sensing the prompting and power of the Holy Spirit, Peter reached out his hand to this man and miraculously healed him. While everyone saw this miracle as a mighty movement of God, the religious leaders were not so excited. Peter and John were quickly called before the high court and interrogated by the very men that had plotted the death of Jesus. You would think that in this intense and intimidating situation Peter and john would cower in fear — but they didn’t.

Then Peter, filled with the Holy Spirit, said to them: “Rulers and elders of the people! If we are being called to account today for an act of kindness shown to a man who was lame and are being asked how he was healed, then know this, you and all the people of Israel: It is by the name of Jesus Christ of Nazareth, whom you crucified but whom God raised from the dead, that this man stands before you healed. Jesus is ‘the stone you builders rejected, which has become the cornerstone.’ Salvation is found in no one else, for there is no other name under heaven given to mankind by which we must be saved.” When they saw the courage of Peter and John and realized that they were unschooled, ordinary men, they were astonished and they took note that these men had been with Jesus. (Acts 4.8-13 NIV)

Craig Etheredge, author of this blog, wrote a short eBook, which is available to you as a free download. Access Invest in a Few here.

Far from being fearful or quiet, Peter and john became bold. They boldly spoke the name of Jesus. They declared that Jesus died and rose from the dead. They even radically proclaimed that Jesus is the only way to salvation. And their boldness was shockingly noticeable! Look again at Verse 13: “When they saw the courage of Peter and John … they were astonished and took note that these men had been with Jesus.” Peter and john were common, ordinary men standing before the most learned and religious men of their day. They certainly didn’t have the education and knowledge that the Pharisees and religious leaders had, but they did have one thing — boldness. They were courageous and unafraid. That is what God wants from you and me — a courageous boldness to step into any situation and declare the hope we have in Jesus.

Afterward, Peter and john were warned and released. They quickly ran back to the other disciples and they all began to pray. “Now, Lord, consider their threats and enable your servants to speak your word with great boldness,” (acts 4.29 NIV). Notice they didn’t pray, “Lord, protect us from these leaders,” or, “Lord, help us be wise in how we react to these threats.” They prayed for boldness to speak unashamedly and fearlessly.

Where does boldness come from?

What was the secret to their boldness? What made them step forward in courage instead of shrinking back in cowardice? The secret is found in Verse 8: “Then Peter, filled with the Holy Spirit, said…,”— did you see that? It was the Holy Spirit who gave them boldness in that moment to speak what needed to be said.

In fact, all through this chapter you see both “boldness” and the “Holy Spirit” mentioned repeatedly. After the disciples prayed for boldness, look what happened… “After they prayed, the place where they were meeting was shaken. And they were all filled with the Holy Spirit and spoke the word of God boldly,”(Acts 4.31 NIV).

The Holy Spirit will take care of everything.

When you are filled and controlled by the Holy Spirit, you will speak boldly for Jesus. He will empower you. He will give you the words to speak. Jesus promised His disciples, “When you are brought before synagogues, rulers and authorities, do not worry about how you will defend yourselves or what you will say, for the Holy Spirit will teach you at that time what you should say,” (Luke 12.11-12 NIV).

That is exactly what happened! Peter and john stood before the rulers of Israel, and the Holy Spirit gave them the words and the boldness they needed. The same is true with you. If you will be faithful to make your “Top Five” list, look for opportunities to move conversations toward God, pray for your lost friends and intentionally speak about what Jesus has done for you, the Holy Spirit will give you the boldness and the words in the moment you need them. Don’t let fear hold you back anymore! Ask God to fill you with His Spirit and with great boldness!

This blog is an excerpt that comes from the book “Reach Your World” You can learn more about this book and about discipleFIRST at discipleFIRST.com. Blog used here by permission. It was late in Jesus’ ministry. He knew that His time on earth was coming to a close. Jesus turned to His…

Dietrich Bonhoeffer grew up in an upper middle-class German family of doctors and scientists. So when he told his parents that he… 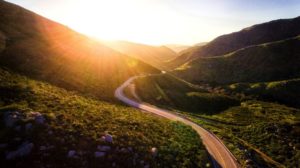 Four people were on a plane when it suddenly lost power and started falling toward the ground. The pilot got on the…