You Need To Get In The Game

Previous Next
You Need To Get In The Game 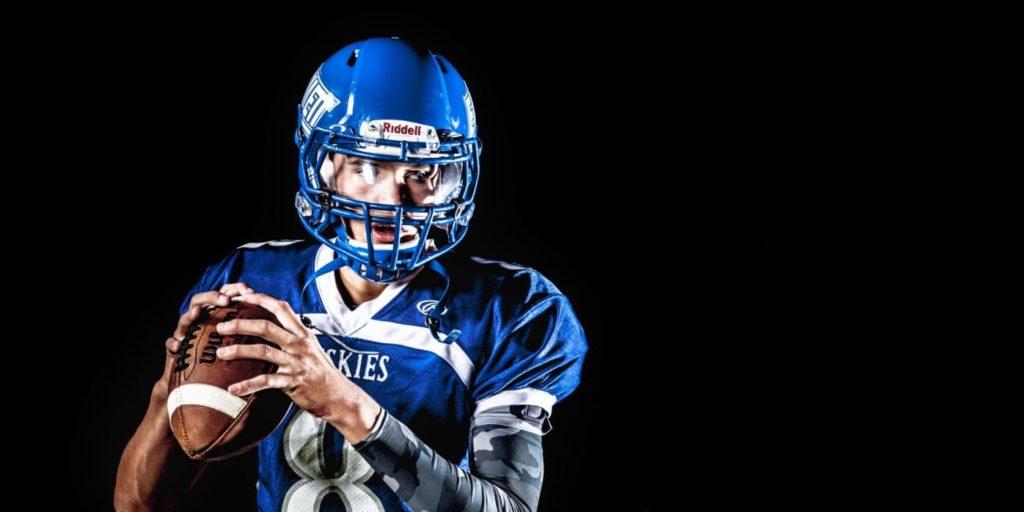 Do you know anyone that is an armchair quarterback? You know – the guy who sits in his Lazy Boy and watches a game while criticizing every move made on the field? That guy that played 20 years ago back in high school, (and he honestly wasn’t that great even then) and would rather pass judgment on the game than get involved in it?

In my book, Church Is A Team Sport, I talk about the importance of getting all of the players into the game. No matter the age or spiritual maturity, God wants to see his whole body unified and being the Church. Getting out on the field may mean going outside your comfort zone – But it is usually when we allow God to stretch us, that we actually grow the most.

Whether you want to grow spiritually yourself, or disciple someone else to do so, getting involved and serving others is a great way to do it. But don’t just take my word for it – let’s take a look at how Jesus got his disciples in the game to teach and equip them.

Jesus used everyday opportunities to train his disciples. One example of this is found in John 6:1-13 – the feeding of the five thousand.

In this miracle Jesus was not only teaching his disciples about who he was, he was also teaching them a great deal by having them suit up and get in the game. First of all, he pointed out the problem to Philip, asking what he was going to do about feeding all the people “When Jesus looked up and saw a great crowd coming toward him, he said to Philip, “Where should we buy bread for these people to eat?” He asked this only to test him, for he already had in mind what he was going to do.” John 6:5-6

He called attention to the problem, then asked his disciples for solutions.

Then when Andrew spoke up with a possible solution, no matter how ridiculous it seemed, Jesus took it. “Another of his disciples, Andrew, Simon Peter’s brother, spoke up, “Here is a boy with five small barley loaves and two small fish, but how far will they go among so many?” John 6:8-9

Jesus was about to show the disciples and the crowd what God can do with the little bit we have to offer.

Jesus then gave some clear instructions to his disciples for organizing the people, and he had them hand out the food themselves so they had not just a firsthand view, but a hands-on experience of the miracle He was performing.

Jim is one of the speakers at this year’s National Disciple Making Forum. Learn more and register here.

Some of the things Jesus taught from this experience are:

Jesus got his disciples ‘In The Game’. They did not just sit on the sidelines watching Him meet all the needs of the people. Jesus valued their involvement and used it for their growth as disciples. He used this opportunity to train them so that they would know how to train others in the future.

As disciples of Jesus – we also need to be in the game. We should be involved in service with our church – we should be looking for ways to volunteer and serve others. That is the hands-on way we learn how to be more Christ-like, and to love others well. It is also the way the whole body works together in unity under the head.

Getting in the game is the hands-on way we learn how to be more Christ-like, and to love others well. CLICK TO TWEET
If you are already in the game – good job!! Now you can become a recruiter! Don’t get caught in that trap of thinking you have to do everything yourself. Jesus was more than capable of performing this miracle without any help. He chose to use his disciples because he knew it would help them grow, and go on to lead others.

Be looking around for that person you know who is on the sidelines and pull them onto the field with you. Work beside them for a while to show them how to serve, and then release them to the blessing and growth that will come their way.

Getting in the game is the path to growth for both the disciple, and the disciple-maker. If you have someone in your life that you know needs to be more involved, see if you can utilize one or more of the following ideas to pull them in!

4 Ways To Get Someone In The Game:

This was originally posted on Jim Putman’s blog here. Used with permission.