The forum just ended this past Friday and it was great success. Well over 600 pastors and leaders (from more than 30 states) joined 10 independent disciple making networks from around the country to focus on Jesus’ style disciple making. Here are five early reflections about the forum.

1. The UNITY around Jesus’ method of disciple making was palpable. 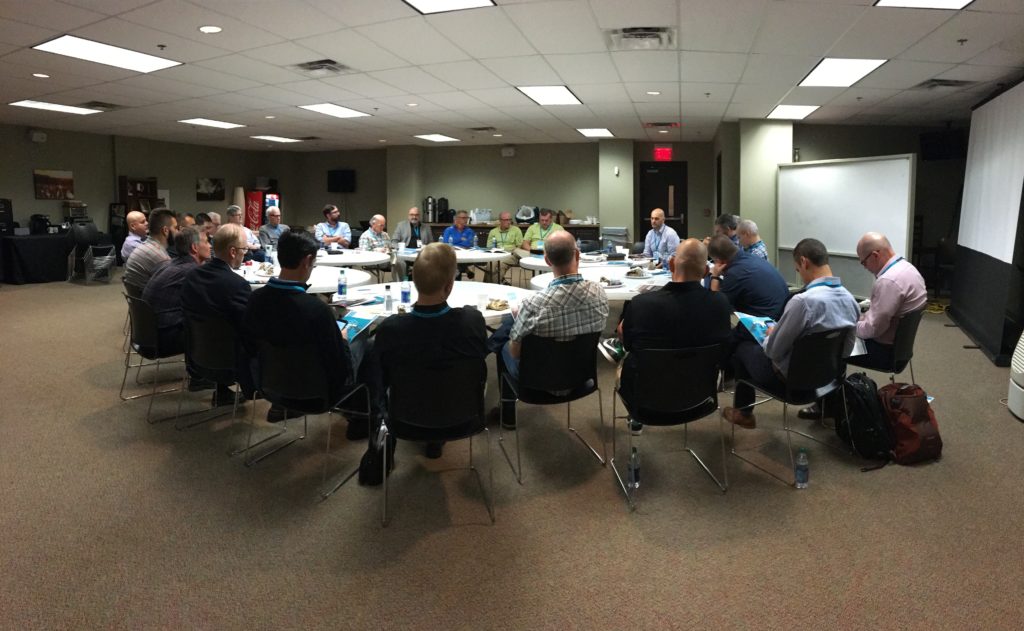 The forum began early Thursday with a private meeting of the leaders of the 10 networks. We reviewed the statements that formed the basis of our unity, heard about the ministry of each group and we prayed for each other. It was cool to see how God brought together leaders from such diverse geographic areas (from California, to Idaho, to Florida, etc.,) and such diverse theological tribes (Calvinists, Arminians, Charismatics, non-Charismatics, etc.,). We had tremendous unity and red hot passion with a focus on Jesus and his method of disciple making together.

Sign up for the 2017 National Disciple Making Forum by clicking here. This year, we’re adding tracks to make this one of the largest gatherings of disciple makers in North America.

2. MANY PASTORS were impacted.

The forum was held from Thursday afternoon until 4 pm on Friday to make it easier for pastors to attend. Hundreds were present. A leader from one church sent me an email that said: “Something truly miraculous has come out of our pastor’s time at the Forum” and that on Sunday, he made public commitment to “pursuing being a disciple making church.”

3. There is almost a UNANIMOUS CALL to keep it going. 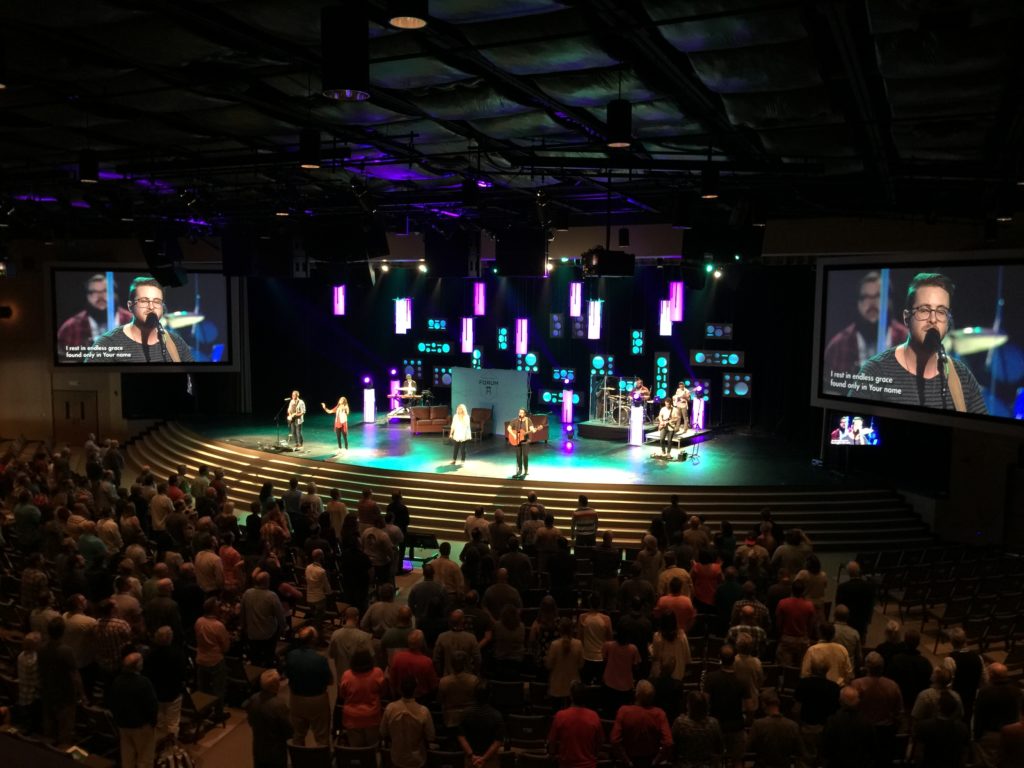 Shortly after we began people started coming up to me talking about how great the experience was and how they wanted to bring more people next year. This was especially true of the leaders of the 10 disciple making networks. Randy Pope (Perimeter Church in Atlanta) put it this way: “It was so encouraging to see 10 ministries and hundreds of believers gathered together in the pursuit of seeing life on life discipleship being brought back to the local church – a dream come true for many of us.” We hope to expand and have other disciple making organizations join us.

4. RESOURCES were created to help inspire a movement.

We sought to capture the audio recordings of all the sessions and video recordings of the 3 main sessions (and each of the forums that were part of the tracks). We plan to publish these resources and others on Discipleship.org. We also plan to promote eBooks, published books (through our partnership with Zondervan and discipleship.org resources) and create like video courses. Look for a video course to come out in the next couple of months where Robert Coleman personally presents the principles of Jesus’ method of disciple making, from his classic book, The Master Plan of Evangelism.

5. Something SPIRITUALLY SIGNIFICANT happened at the end of the forum. 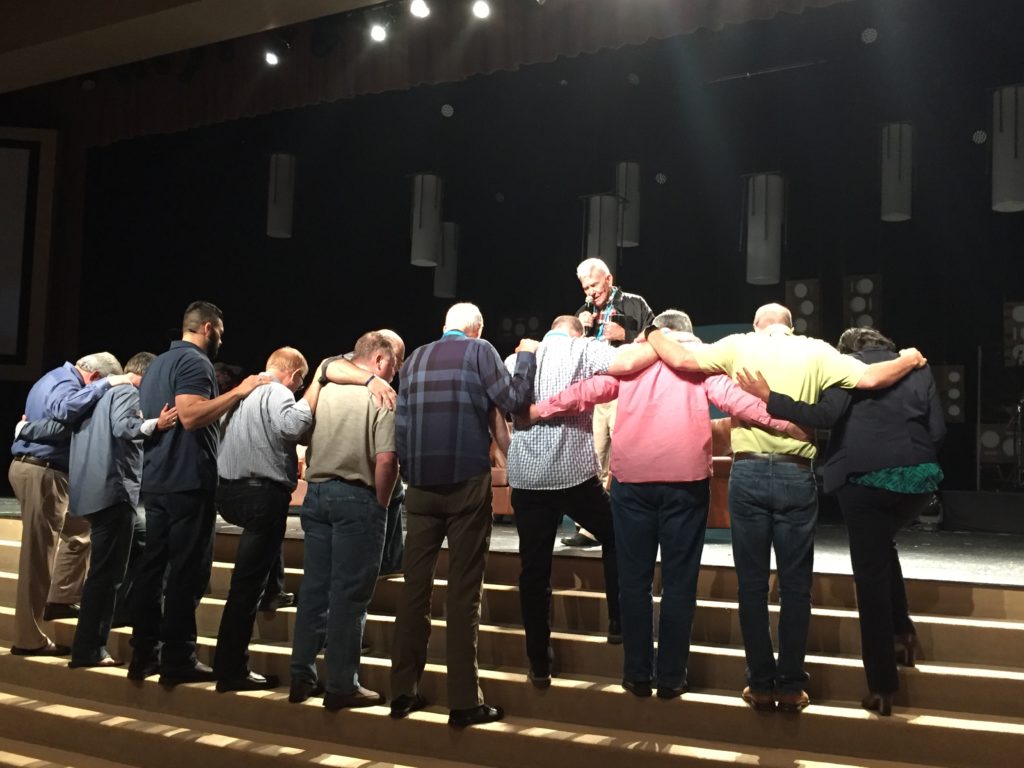 At the end of the forum there were a lot of tears shed. Robert Coleman, with a lucid mind at 88 years of age, shared how his wife’s life is drawing to an end and how disciple making, in light of heaven, is such an important pursuit. The old revivalist preacher in him then came out! Then he brought the event to an end by praying over leaders of the 10 disciple making networks and everyone in the audience. The picture of Dr. Coleman’s prayer over everyone captures only a part of the special moment that we experienced.

Both Bill Hull and Dann Spader – two highly respected veterans in the disciple making movement, described the event as “truly historic” – the first of it’s kind in US history (because of all the diverse groups that were pulled together). A special thank you to Long Hollow Baptist Church and Harpeth Christian Church for the facilities and great volunteers. If God wills, we are working and praying that it will be pour gasoline on the fires of a new reformation.