Previous Next
Moving From Church Models to Christ’s Model 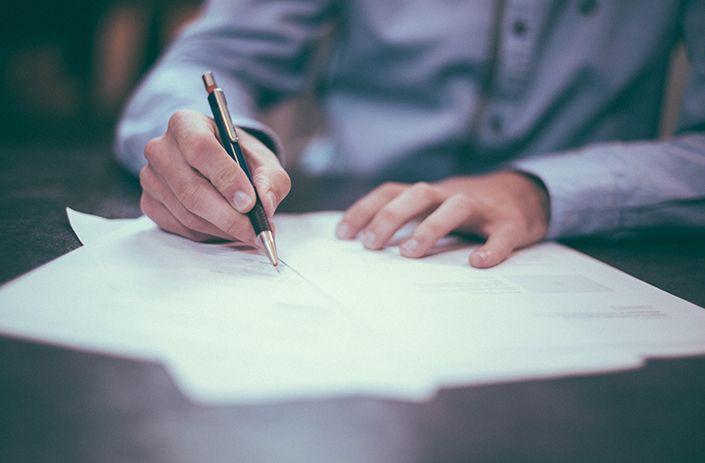 Pastors seem to be naturally drawn to the latest and greatest trends in ministry. Over the past twenty years, I’ve seen models come and go. I can remember when “Flake’s formula” was the rage for growing Sunday Schools in Baptist churches.

Arthur Flake was a department store salesman from Winona, Mississippi, who began to volunteer in his local church and developed a strategy for growing groups. Although he never attended seminary or pastored a church, Flake became the first Director for Sunday School for Southern Baptists in 1920, and his five-point formula influenced churches all across North America and the Pacific. This was the model I was taught in seminary. After Flake came bus ministry. Walter Stuart Beebe was running a gas station in southern Florida when a young lady gave him a Gospel tract.

He later came to faith in Christ and became a pastor. But he was best known as “Mr. Bus” because he began the bus ministry movement in the early 70s that spread like wildfire across the country. Churches would rent or buy a fleet of buses and bring kids to church. Beebe directed some of the largest bus ministries in the nation from Florida to Indiana, including Jerry Falwell’s church in Lynchburg, Virginia. In the 1980s came the “attractional model” that focused on seeker-sensitive worship experiences designed to attract the unchurched. Willow Creek and Saddleback were the trail blazers of that movement.

Craig Etheredge, author of this article, is one of the speakers at this year’s National Disciple Making Forum. Learn more and register here.

In the early 90s, the Pentecostal minister, Carl George popularized the “meta church model,” emphasizing not large gatherings, but intimate, small home groups he called cells. By the late 1990s to the early 2000s a new trend was developing called “missional communities.” This model originated with St. Thomas’ Crookes Church in Sheffield, England and proposed that churches should not concentrate on large attractive worship services or small home groups, but should instead serve the needs of the community. Early adapters promoted “random acts of kindness” and “social justice” as a means to evangelism and church growth.

In early 2000, bloggers Frank Viola and Neil Cole promoted the “organic church model,” defining church as a rapidly reproducing gathering of three to twenty people with little structure or organizational leadership. In the last ten years, the “multi-site model” has become increasingly popular. It was pioneered by Larry Osborne, Greg Ferguson, and Craig Groeschel.

In 1990 there were only ten multi-site churches in America, but by 2012 there were over five thousand churches using this model. The fastest growing churches in America are using a multi-site strategy. Today, a whole new language circulates on church blogs and conferences using terms like “radical,” “relational,” “tribal,” “fundamental,” “emergent,” “reformed,” “egalitarian,” “complementarian,” “cessationist,” “charismatic,” and on it goes. I’m sitting here with a book on my desk that urges pastors to “identify their tribe” and find their model. When I get around certain groups of pastors, they are quick to show their tribal label and they want to see mine. Church conferences are all about promoting the latest models and tribes.

Megachurch pastors take the stage like rock stars and talk about how many thousands of people attend their services and how many followers they have on Twitter. All the while, the pastor in the seat, slugging it out in a struggling church, has two options: either he can leave discouraged (“I’ll never be as successful or as cool as he is. I guess I’m a failure.”) or leave envious (“I want what he’s got. I want to be just like him. I’ll mimic him so maybe I can be successful, too.”) Either option is bad. In the meantime, the church at large is shrinking.

Now don’t get me wrong. I’m not saying that church models or tribal distinctives are bad. In fact, each of the models I’ve mentioned has been used by God to advance the church and to reach people. I’m thankful for each of them. Additionally, throughout history the church has always adapted and morphed into various shapes and models—sometimes for the better, sometimes for the worse. The church has always been tribal, dividing and gathering along the lines of theology and practice. That’s not my concern. My concern is that somewhere in all the current dialogue about models, tribes, and trends, the model of Jesus is getting lost.

This blog was originally posted on discipleFIRST’s blog, which you can access here. Used by permission.

Craig is a gifted communicator, author, and Bible teacher. Craig and his family moved to Colleyville, Texas in July 2007 to serve as lead pastor of First Baptist Church where he currently serves. In addition to leading the local church, Craig is involved in the local community serving on the Board of Directors for Baylor Hospital, Grapevine, Board of Directors of Christian Counseling Associates, Mission Board SBTC, Chaplain for the Colleyville Police Department, and football chaplain for Birdville High School. He has a Master of Divinity from Southwestern Theological Seminary and a Doctor of Ministry from Trinity Evangelical Divinity School. Craig met his wife, Liz, in the fifth grade and they have two daughters, Leah Beth and Abbie.