Jesus said, ‘Apart from Me you can’t do anything’ (John 15:5).  If you believe it, can you prove it? Younoussa Djao can.

Younoussa leads a team that has launched 47,000 churches encompassing over a million new followers of Jesus in just the last 12 years.  Over 400,000 of these new disciples come from Muslim backgrounds. How is this possible? A deep and pervasive commitment to prayer and fasting is the cornerstone that is rooted in the unshakable conviction that God and God alone can make this happen.

Let me ask you some questions:

Practical teaching on fasting and prayer for discipleship and disciple making might just be what you need. Dave Clayton joins with me (and many others) with a desire to see what Younoussa is seeing in Africa happen in North America. Dave is the founding minister of Ethos Church, a young, urban church plant of thousands located in the heart of Nashville. 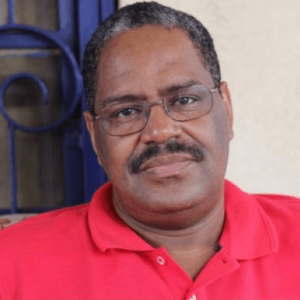 Younoussa Djao – burned with zeal as an organizer of Muslim youth.  He was exceedingly proud that his Fulani tribe were the ones who introduce Islam to West Africa and he felt it was his life calling to finish the Islamic conquest of the continent.  But God began to trouble his heart with questions. The Imams had no answers and the Christians drove him to rage because they dared to provide answers.

Then God spoke for Himself.  Early one morning before Ramadan prayer, Younoussa heard a voice proclaim that nothing he did in Islam had any value to God. It sounded so real Younoussa looked outside the window to see who had spoken. No one? Then he heard the words of John 14:6: “I am the way, the truth and the life.” Although he tried to resist the gentle voice became stronger. When Younoussa finally said, “I accept,” the voice stopped.

A few days later, a new Believer with a Muslim background, who had given him some booklets, explained what had happened and asked if Younoussa wanted to follow Jesus. “He said, ‘Following Jesus is relationship with someone who is alive, not practicing a religion,”’ Younoussa recalls. “It was clear to me that I had to make a decision.”  The decision I made reversed the course of my life. The Fulani brought Islam to West Africa and I helped but now it will be the Fulani who drive it out and I will lead them!

As the African director for New Generations, Younoussa is responsible for teams in 30 African countries who have launched 114 movements defined as at least 100 new churches that have multiplied to at least 4 generations.  The longest of these movements is now 27 generations of churches planting churches. 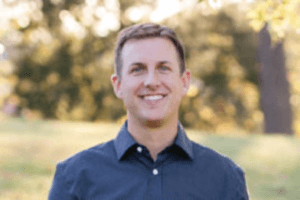 Dave Clayton – will be one of our keynote speakers at the upcoming National Disciple Making Forum. More importantly, Dave is passionate about calling God’s people to fasting and prayer so that we can see a Disciple Making Movements here, in our time.

In addition to being the founding minister of Ethos Church, Dave is also the founding and visionary leader of Onward, a global family of leaders committed to making disciples and planting churches. They have planted churches in the United States, India, and Portugal. Dave is a popular speaker and he is passionate about seeing a new generation of leaders join with Jesus in awakening a movement in North America and far beyond.